“It is by Divine Authority of the Creator that all People are endowed with certain unalienable, natural Rights and Liberties; which no authority, man-made law, government or religion can rightfully diminish or abolish. Any power that attempts to do so is tyrannical and illegitimate, even if it operates according to its own laws – for such tyranny is a denial of the Natural Laws of Creation.” 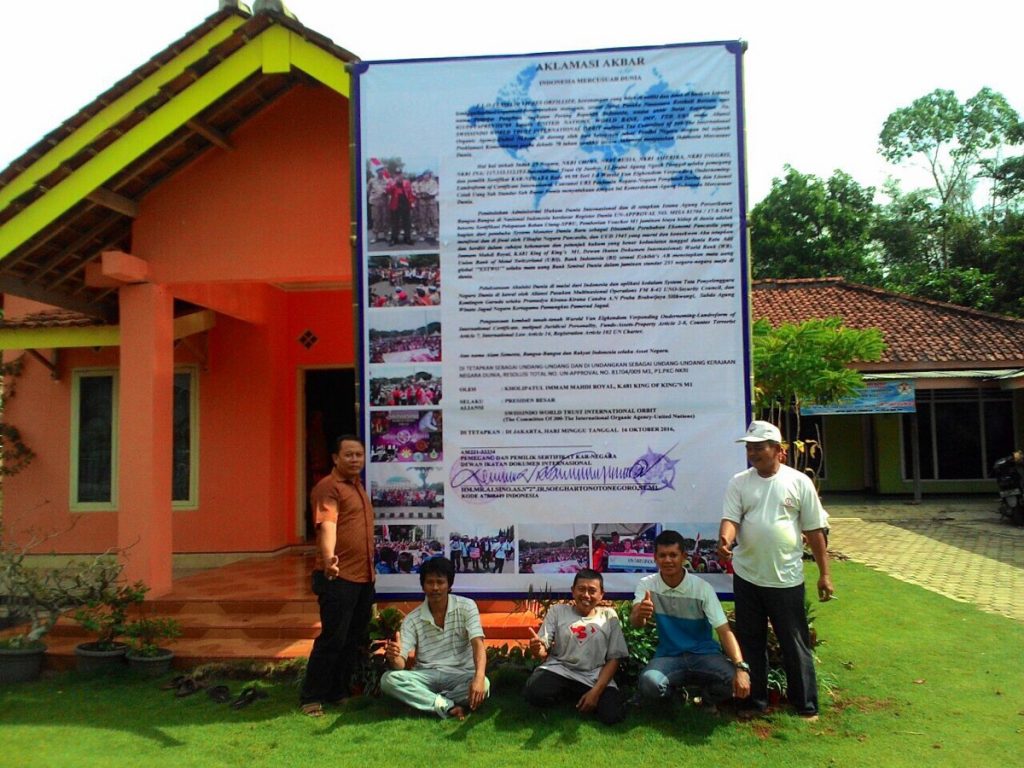 This website is designed to better help you understand the history of events leading up to this monumental point in time.

Our main objective is to offer a transparent platform of information to help you understand the various parties and resources that are going into one of the most ambitious projects in known history.

Due to an amazing sequence of events, initiated and powered by some of the most dynamic, freedom-seeking people on the planet, we stand at a crossroads, where we have the unique opportunity to permanently lift humanity out of misery and poverty, as we watch the old, unfair systems crumble around us in every direction.

This initiative has been organized by the 681st King in an unbroken line of Indonesia servant-kings called, “King of Kings,” Mr. Sino A. S.. This initiative aims for nothing less than the total empowerment and individual sovereignty of all the people worldwide.  How do we intend to do that?  By eradicating all forms of war, slavery, poverty and by providing the means for each man, woman and child to live up to their full unlimited potential. Additionally substantial funding is being provided for the redevelopment and modernization of our global infrastructure and the re-purposing of the public sector employees to faithfully serve the ONE people.

This Mission was started by the late Founder of United Nations, First President of Indonesia, President Soekarno and the President of the United States of America, John F. Kennedy, with The Green Hilton Memorial Agreement; their Executive Order 11110 was to end the financial slavery system, eradicate poverty, end the Global Financial Crisis and to bring Heaven on Earth. Now UN Swissindo is here to complete the Mission.

Please take time to look through this site, and share in the vision, and follow us as this initiative unfolds.