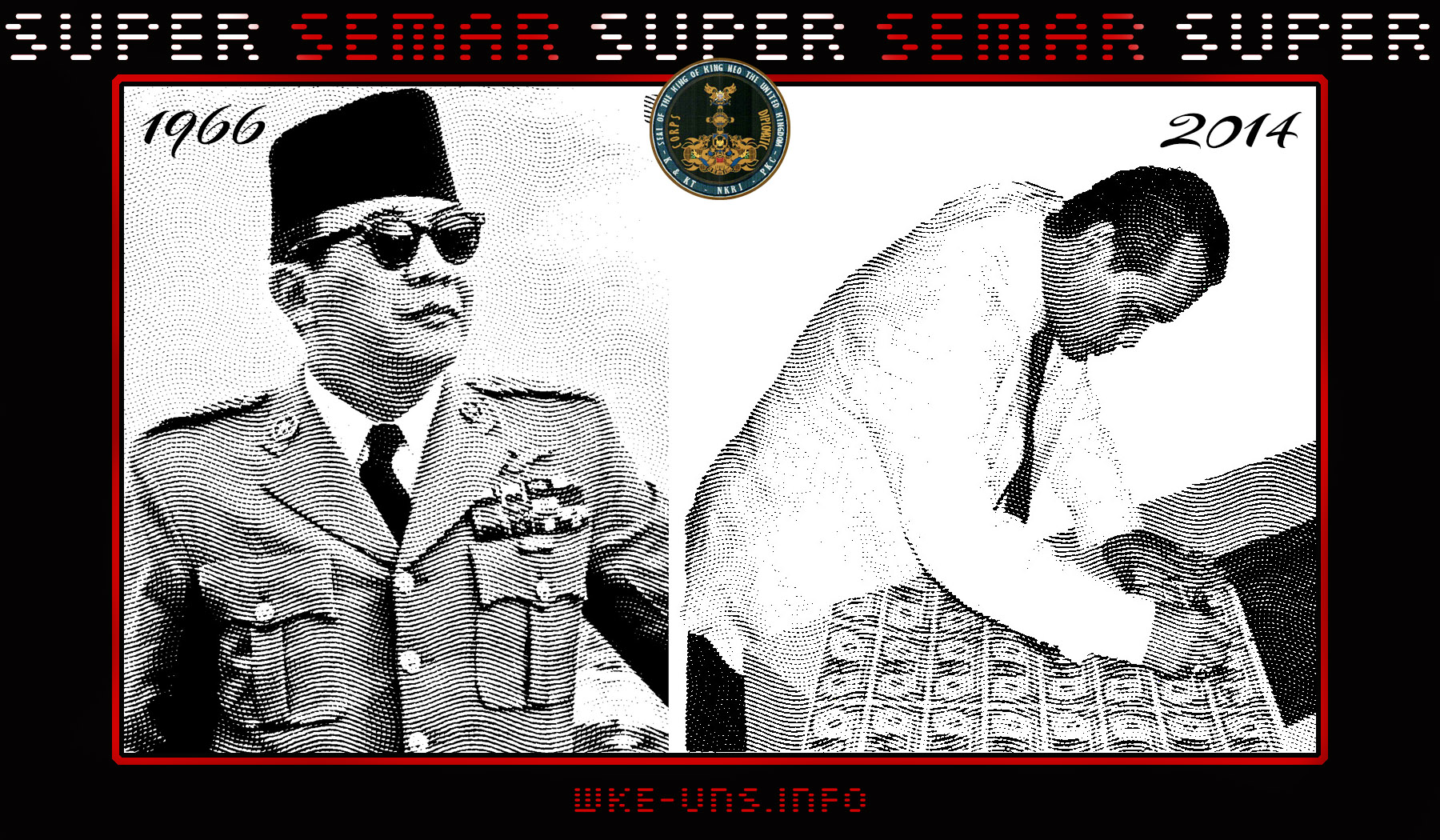 March 11, 1966 – Super Semar
President Soekarno of Indonesia, with his mandate, had written all the assets and deposits for the Indonesian people in a Will with the name of SUPER SEMAR (Testament Will). This March 11th event with the same name, served to protect the assets.
One month prior to his death, President Soekarno instructed his lawyer to transfer his role and Mission, along with all documentation, to appoint a ‘Son of the Nation’ as M1, his successor, at a specified time, as holder of the World Single Mandate and the holder of the entire authentic documents, as well as holder of UN assets held worldwide and secured by the Board Association of International Documents.
His successor, HM.Mr.Sino.AS IR.S”2”.SOEGIHARTONOTONEGORO.HW.MA.ST.M1 (Royal K.681 M1), was born on the 2nd of June 1970, nineteen days before the death of President Soekarno (21st of June 1970).
March 11, 2014 – Semar Super Semar
Forty-eight years after the original Super Semar, the Multi Super Power Prasasty Trusty Dynasty Agreement was made in Indonesia, at the Aston Hotel in Cirebon, Indonesia, between the Royal K.681 M1 of WKE-UNS and the Government of Lao PDR representatives. They represented the 253/357 Countries, the World, and was witnessed by WKE-UNS National and International Officers as the representatives of the big five (5) continents, Asia, Africa, Europe, America and Australia.
Semar Super Semar is one of the first International Agreements and Events, uniting all countries, and announcing to the World that UN SWISSINDO Mission is now officially open, National and International for all the people on Earth.
As Grantor of the Direct Support Project Funds US-Dollar Cash Liquid Unlimited in Indonesia, Royal K.681 M1 marked the event with the signing of the plano of uncut USD bills. This Agreement included World Debt Burden Liberation, Human Obligation Lifetime Basic Income, Country and Bank Quotas, and the Venus Project, as part of PAYMENT ORDER 1-11 (P1-11).
For more information, see the WIKI section on Mission Progress to understand the historic events leading up to the WKE-UNS /UN Merger Agreement, October 2021.